How to leverage mixed reality to augment your storefront experience 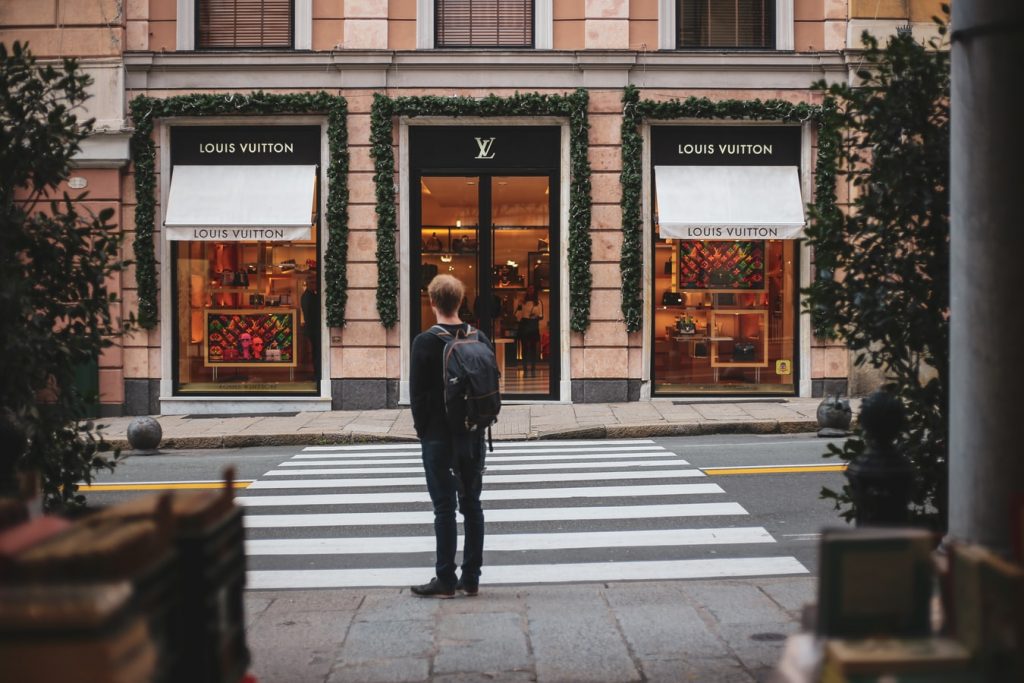 Before diving into the specifics of mixed reality in luxury retail, let’s recap some definitions.

What is virtual reality?

VR (Virtual Reality) consists in the creation of a fully virtual environment which can be experienced using a special headset (e.g. HTC Vive, Oculus Quest,…). The virtual environment can be an imaginary world or a recreation of reality (using for instance 360° footage). VR users can interact with virtual objects. It is an immersive experience completely disconnected from the outside world. We advise VR for training purposes, when it makes sense to fully (re)create a controlled environment.

What is augmented reality?

AR (augmented reality) consists in the addition of a virtual layer on top of the physical world. It can be experienced through special glasses (e.g. Microsoft Hololens, Magic Leap,…) or simply via the screen of a smartphone. Anything can be superimposed onto our physical surroundings: static images, animated content, text, etc. Tourism / travel augmented guides are a great example of AR applications.

What is mixed reality?

In the MR (Mixed Reality) approach, augmented reality closely interacts with the physical surroundings. The typical example is a virtual watch face displayed on a physical bracelet. The bracelet triggers the apparition of the digital add-on.

Depending on the complexity of the implementation, the end user can either solely superimpose the digital object on specific triggers or fully interact with the digital overlay, as if it was part of reality.

Since anything you can dream of can be superimposed on reality, there’s no limit to your imagination.

Nevertheless, here are a few concrete examples which can inspire your thought process.

There are always risks to display expensive items in a shop window at night.

Using mixing reality, you can enable nocturnal window shoppers to enjoy a presentation of your premium collection using their smartphone.

Leveraging the magic of mixed reality, a window shopper can even extract an item on display outside of the shop window: displaying one of your watches on their own wrist, trying on a dress straight on the pavement (more about this later), saving a piece of furniture on their smartphone to see how it fits in their living room when they’ll be back home, etc.

They can even share their experience on social media.

Attach information to the products on display

Using mixed reality, window shoppers can access additional information about the items on display (e.g. the biography of an artist in front of a painting or the details of the materials of a luxury bag).

Offer the convenience of magic mirrors

You can’t display all your stock in the storefront window.

But mixed reality can help you expand the catalogue, for a specific category (variants) or for items not even represented in your physical display.

You can even make physical triggers shoppable through mixed reality, generating extra income in the middle of the night!

Luxury at your customers’ fingertips, whenever they want, the ultimate form of convenience.

Facilitate the arrangement of shop windows

Mixed reality can help your teams properly implement the arrangement of shop windows, following detailed on-screen instructions given via the headset, superimposed on the physical setup.

This smooth process ensures full compliance with the brand guidelines.

Find out more or adjust your settings.

This website uses cookies so that we can provide you with the best user experience possible. Cookie information is stored in your browser and performs functions such as recognising you when you return to our website and helping our team to understand which sections of the website you find most interesting and useful.

Strictly Necessary Cookie should be enabled at all times so that we can save your preferences for cookie settings.

If you disable this cookie, we will not be able to save your preferences. This means that every time you visit this website you will need to enable or disable cookies again.

This website uses Google Analytics to collect anonymous information such as the number of visitors to the site, and the most popular pages.