What can AI generate today? 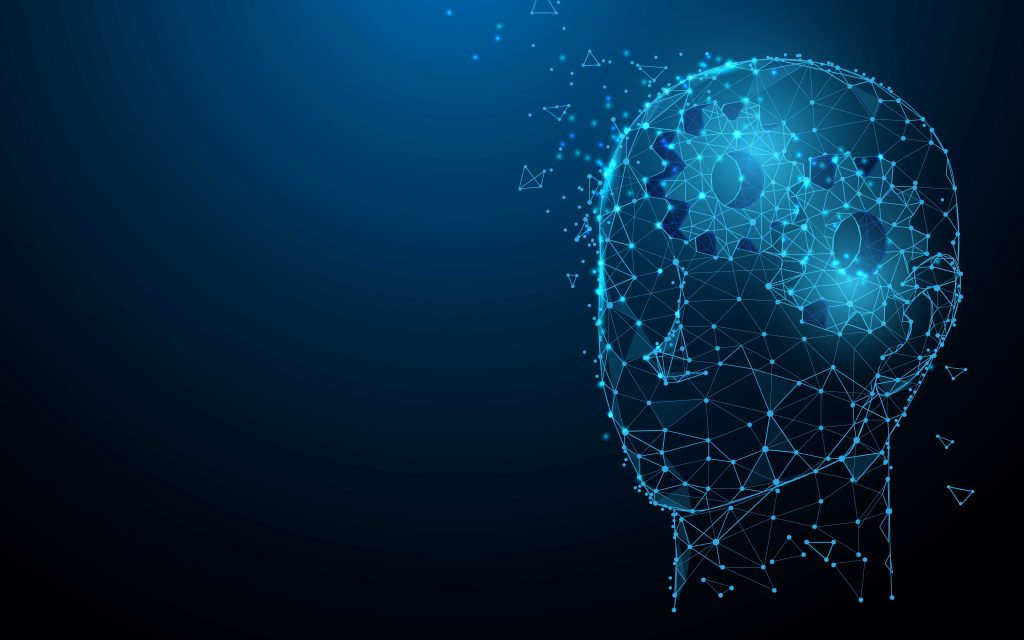 Each creative process starts with a learning phase. It is true for us humans and it also applies to digital content generation.

Artificial Intelligence must be trained, feeding ML models with huge datasets. Then it can start improvising either to reproduce acquired patterns or to come up with fully original pieces, depending on the desired output.

Even if your app project isn’t per se a creative endeavour, it’s good to know what AI can generate today to see how you can leverage its creative opportunities where it can be most effective.

The AI could then compose brand new orchestral pieces. See for instance this symphony created by AIVA in 2017 as an opening for the National Day celebrations in Luxembourg. 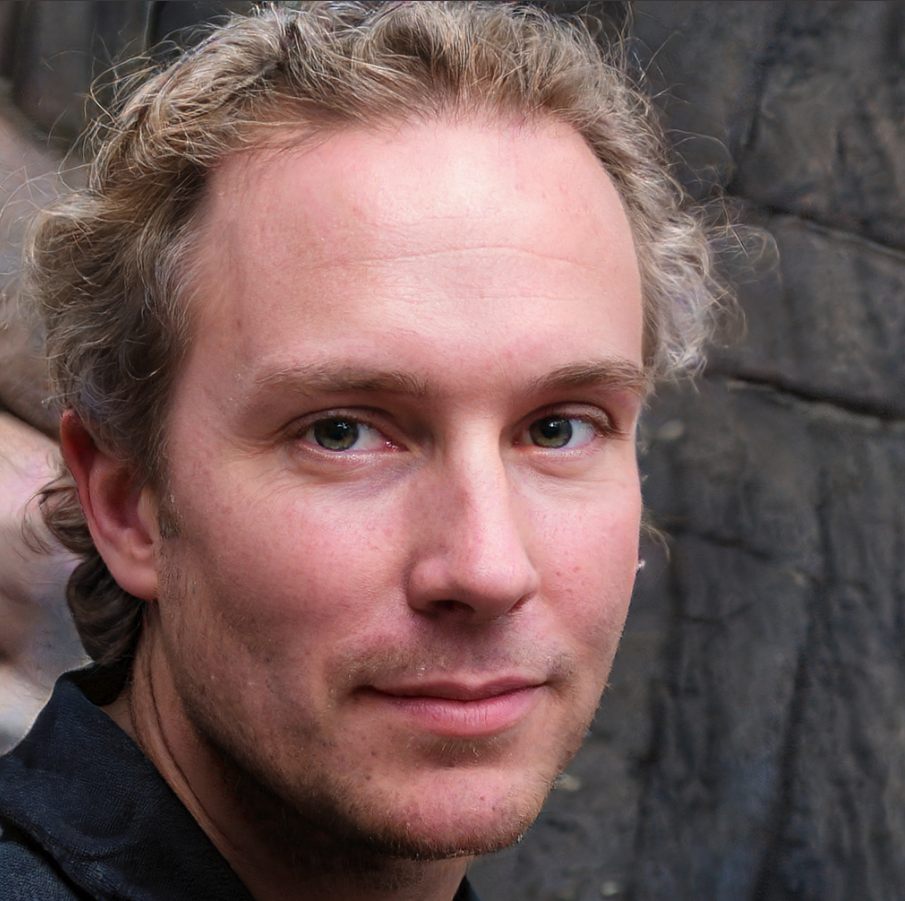 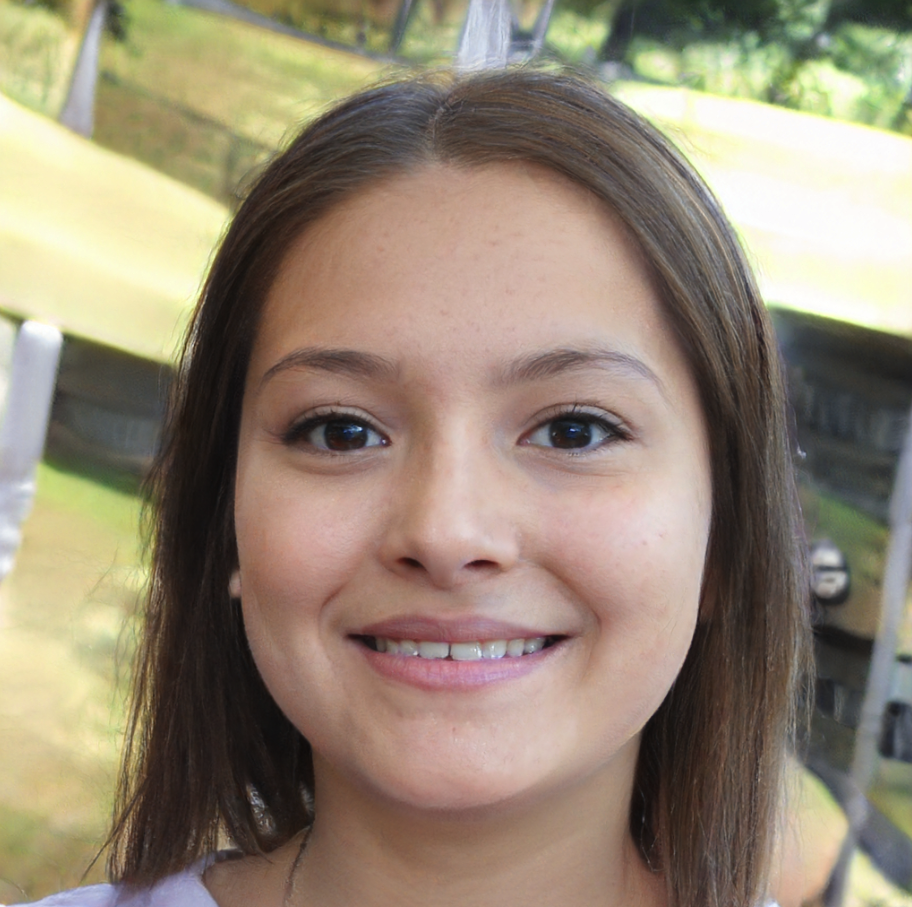 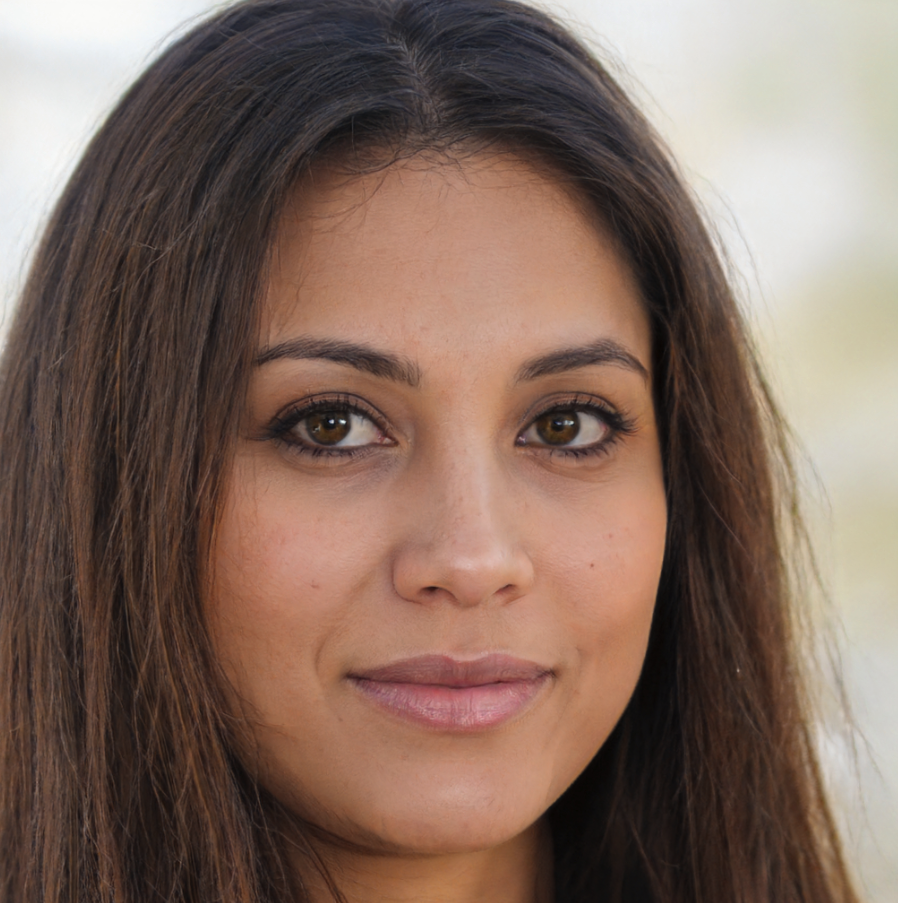 None of the people pictured in this section are real. They do not exist.

They were created using a GAN (generative adversarial network) trained to come up with original data sharing some statistics with the training set, to look at least superficially real to human observers.

If you upload these photos to Google Image Reversed Search, you won’t get any results, even if those faces look “familiar”.

You can see other examples of non-existing people on ThisPersonDoesNotExist.com.

This process has been used by Generated.photos to build a library of 1M+ AI generated photos, which can be purchased (royalty-free) as any other “real” stock content.

Beyond mugshots, AI can also be trained to generate full bodies, in an infinite variety of poses, which can be used as a perfect alternative to real fashion models.

The technique, also based on GANs, was pioneered by the Japanese company DataGrid in 2019.

The ultimate level in AI-powered multimedia content generation is of course the deep fakes we’ve recently seen in our social feeds, both as a powerful demonstration of AI capabilities and as warning against potential misuses.

This technique can be applied for good or evil purposes. On the positive side, you can leverage this process to generate engaging customer support videos and other forms of learning material.

Yumi is a hyper realistic avatar developed by Japanese skincare brand SK-II. The use of digital influencers is still in its infancy but the fast advances in video and language generation will probably accelerate the multiplication of these engineered collaborators.

You might have already played Quick, Draw!, an AI-powered version of Pictionary developed by Google (if not, give it a try, it’s much fun).

This is a good example of real time computer vision advances, trained with millions of doodles hand drawn by human contributors.

The next level is art generation.

You can transform any random photo into an art piece using Deep Dream Generator.

See for instance what our Managing Director looks like in the style of Van Gogh’s Starry Night.

Aida (video) is a robot artist invented by gallery director Aidan Meller. She’s equipped with a mechanical arm designed at Leeds University and powered by algorithms developed in Oxford.

In October 2018, a painting titled “Portrait of Edmond de Belamy”, generated by an algorithm developed by Obvious, a Paris-based collective, sold for $432,500 at Christie’s!

Which raised the philosophical question of creative ownership. Who’s the author? The algorithm (trained with 15,000 portraits painted between the 14th & 20th century) or the masterminds behind it, Hugo Caselles-Dupré, Pierre Fautrel and Gauthier Vernier?

Trained with huge editorial datasets dating back to the early days of writing, artificial Intelligence can generate fluid original texts from a simple prompt, as demonstrated by OpenAI’s algorithm GPT-2.

In the authors’ own words, the model is “capable of generating samples from a variety of prompts that feel close to human quality and show coherence over a page or more of text.”

You can test the process on Talk To Transformer. Try for instance this prompt “Robots can become our best friends or our worst enemies.”. You will get some interesting results 😉

We’re not yet at a point where computers are able to craft 500-page long novels but they can already be used as a very effective assistant for content production purposes, as advocated by Frase.io, a service which facilitates research and writing efforts.

They can also help you generate the best converting headlines / short notifications. Phrasee.co presents itself as a way to “empower your brand with AI-powered copywriting” and Syllabs offers you to “step into the future of content creation”. We’ve seen their tech at work: it can generate thousands of unique descriptions based on a structured content brief. It’s used by press agencies and brands to augment the production capacity of their in-house editorial teams.

AI-assisted text generation is probably one of the most mature areas in AI-powered content generation, with a very clear ROI proposition.

We have long thought that programmers would be the last professionals to be disrupted by artificial intelligence since they’re the technical parents of the algorithms.

But it seems than even coding experts could one day be made redundant by self-programming applications.

A project funded by Google and DARPA, Bayou, is an AI application using deep learning to generate code by itself!  DeepCoder, developed by Microsoft and Cambridge University, can already build programs consisting of a few lines of code. Ubisoft has designed their own system to facilitate the work of their developers.

It’s still the early days but we’re definitely moving towards an era of self-programming systems, which will require strong control from human supervisors to avoid the Skynet scenario.

Find out more or adjust your settings.

This website uses cookies so that we can provide you with the best user experience possible. Cookie information is stored in your browser and performs functions such as recognising you when you return to our website and helping our team to understand which sections of the website you find most interesting and useful.

Strictly Necessary Cookie should be enabled at all times so that we can save your preferences for cookie settings.

If you disable this cookie, we will not be able to save your preferences. This means that every time you visit this website you will need to enable or disable cookies again.

This website uses Google Analytics to collect anonymous information such as the number of visitors to the site, and the most popular pages.